You have had a special master appointed to lower the level of conflict between you and the other parent, for the benefit of your child or children.  A special master is only appointed in the most high-conflict divorce cases, where at least one parent is uncooperative and where disputes go unresolved.  The special master is appointed to assist in resolving disputes more quickly than can be accomplished via access to the courts.

I always prefer to have the parents agree on a course of action, rather than imposing a decision on the parents.  When I have to impose a decision to resolve a dispute, it will disappoint one of the parties, and eventually, I will likely make decisions that disappoint both parties.  You can be sure that I believe my decisions are in the long-term best interest of the children, though you may disagree, thinking that your solution is the best for the children.  I suggest that you anticipate in advance the likelihood that my decision will sometimes not be in favor of your proposal, and how you will adjust to such a decision.

In order to perform this function, I expect communications with me (and the other parent) to be about solving problems and resolving disputes.  When disputes arise, they need to be resolved quickly, before the parents escalate in anger and hostility.  The longer this situation persists, the more animosity is generated between parents.  This escalating hostility is prima facia harmful to the children.

Such communications are inappropriate and do not forward the process of lowering conflict and hostility in your family.  Such communications are also unnecessary, as you are always free to petition the court to review my decisions.  Emails containing offensive content will be returned to sender without action.  Any content that you want responded to will have to be formulated in a new message that lacks the offensive tone.  I will take a similar approach to offensive voicemail messages or phone calls.

Communications with the special master and the other parent should be business-like, solution-focused, and free of editorializing or accusatory commentary.  Communications from parent to parent should reflect the fact that both parents are equal and neither is superior to the other.  Proposals should be made with the expectation that both parents will need to agree to the proposal.  Thus, it is always wise to approach the other parent early in the process, and at a level where you think you both agree (e.g., Johnny will be entering school next fall and we need to decide which school he should attend, rather than autonomous commands like I have enrolled Johnny at Maple Elementary School for Kindergarten.

Disagreements should be addressed with reasoning to support your position, rather than from a stance that you know better than the other parent.  I will apportion fees differentially (if allowed by the order appointing the special master in your case) when I have to devote time to communications that I deem not focusing on productive and cooperative problem-solving.

Keeping the dialogue civil and cooperative will benefit your children, lower your stress level, and make my role unnecessary more quickly. 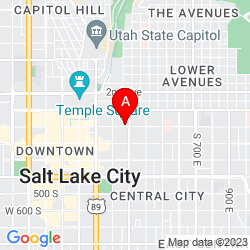